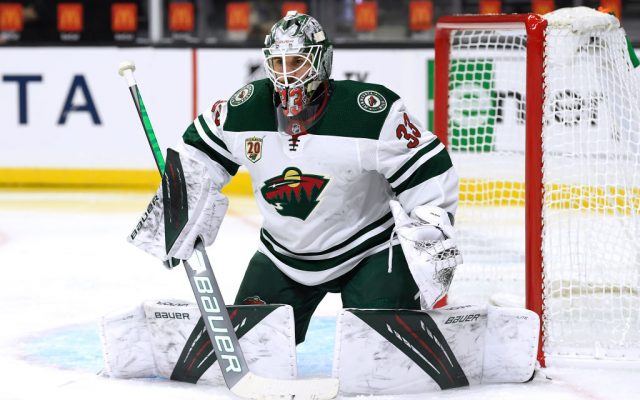 The oldest trophy in all of sports continues its legacy with another playoff season. In the 2022 playoffs, the Minnesota Wild will take on the St. Louis Blues in Round 1 of the Stanley Cup Playoffs. This guide will explain what to expect as these two division rivals drop the puck to advance their quest for legendary hardware.

Despite Minnesota having home ice advantage, it won’t impact anything.

Normally in any sports event, whether it be baseball, football, or even hockey, home field is one of the best advantages you can have at any season. Hometown fans. Hometown food. Hometown everything. With the Wild completing the regular season with 113 points, they finished second overall in the Central Division of the Western Conference, 4 points ahead of the St. Louis Blues giving them home ice advantage for the first two games of the best of 7 game series. With that being said it is a huge liftoff to the energy and excitement of playing in your own home stadium in front of a large portion of your own fans, yet as stated before, home ice will not impact anything for this series. The “Heartland of Hockey” will have to compete with the energy of “The Greatest Fans in All of Sports”. Anyone can tell you that if you play any team in any league in any sport, St. Louis has an incredible fan base, supporting in the plenty of ups and downs of each roller coaster season. Whereas in Minnesota, hockey players are born the moment they are well, born. The energy levels will be matched on both ends of the spectrum, whether in the Xcel Energy Center, or the Enterprise Center.

Expect goals. A lot of goals.

Goals make or break the game. With the NHL currently reeling over the highest scoring season in history, fans can expect one thing for this playoff season: a lot of goals. Despite being the only the 5th time that the Blues and Wild will have met for their first game May 2nd in the 2022 season, one thing if you’ve noticed is every game was a high scoring affair. As well as a lot of goals, there is even a good chance that the game will also end up going into overtime, given the breakdown of the last 4 games here:

If the Wild want to win the series, wait for the Blues to get complacent.

The old adage goes, “A three goal lead is the worst lead in hockey.” And they are right. Going back to the game listed above, The reason why the games are high scoring is summed up to one word: complacency. Lazy offense, relaxed defense, a goalie that gets a bit too comfortable in net. These factors going up against a team that has to fight off the embarrassment of letting in too many goals. So how does this work? Well with a coach lighting a fire under the players, the opposing team making a few more mistakes than normal, mindsets get loose, scoreboard says “get comfy” on one end and “put some effort in it” on another. Here are a few examples:

April 8th, Blues score early in 1st period. Too many turnovers cause Wild to score 3 straight over 3 periods.

January 1st, Blues score 5 in second period. Wild score 3 straight and are the only goals in the game late in second and all of 3rd period.

Experience will be an important factor.

An impressive addition that no one saw coming at the trade deadline was the acquisition of Marc-Andre Fluery from the Chicago Blackhawks. A future Hall of Fame goaltender like Fluery was a strong move in a quest for the cup, especially when you have a 3 time Stanley Cup winner. More than likely, Fluery will start as goaltender for the Wild as Cam Talbot still struggles to find his identity as he left a star-studded career back in his many years with the Edmonton Oilers. The Wild have also made 12 playoff appearances in their 21 year history with 9 in the past 10 seasons. Needless to say, Minnesota has the talent its a question of how far they will go.

For St. Louis, you can count on almost every year for the Blues to make the playoffs, as they have made it 45 times out of 54 seasons. Of course the biggest question is how far. Usually they are a team that won’t make it higher than round 2, with the few exceptions, and one Stanley Cup under their belt. Comprised of a team that has been all the way before, as most of the roster from their historic 2019 season is still active, the Blues are in all to familiar territory. But if the Blues don’t make it very far, an old joke is that they are a great farm team to pick up talent towards the Cup, as many players that played for the Blues go on to win the cup the next season. TJ Oshie, went to Washington after 2015 season, wins Cup 2016. Brett Hull, went to Dallas in 1998 seaon, wins Cup 1999. Pat Maroon, went to Tampa Bay after 2019 season, wins 2 Cups in 2020 and 2021, just to name a few players.

Offense will be the best defense.

As mentioned before,  you can expect a lot of goals to be scored in the upcoming match up.  The Blues finished the 2022 season with 9 players scoring 20+ goals and of those 9 players, 2 have scored 30+ goals.  As for the Wild, 6 players have 20+ goals, with 3 of those scoring 30+ and one scoring over 40 goals.

While the Blues have balanced out their scoring with strong offensive pressure, the best way to beat them is on the defensive circuit. They acquired defensemen from one of the worst teams in the NHL, the Detroit Red Wings, to “bolster their defense” all the while struggling to balance the many injuries that have plagued their defense. St. Louis is a spearhead, showing off a strong offense, but behind the lethal tip of the spear, is nothing. Minnesota has balanced out their offensive structure fairly well, but to knock out the offensive power of the Wild you really only need to eliminate one factor: Kapril Kaprizov. Without the 108 point player on the ice you will see some production from the other lines but the majority of it will come from Number 97 in green. For St. Louis you can eliminate Tarasenko but because their offense has been so balanced between a multitude of players, its mainly dulling the tip of the spear that can still do a lot of damage.

This will not be a sweep. Expect more than 4 games.

There is the conspiracy going around that there is no such thing as sweeps anymore. That games in playoff series will go to 5, 6 even up to full 7 games so the league can make money via ticket sales and advertising, etc. Albeit for some of these match ups in the playoffs, this will be extremely difficult with the level of talent going into the series, let alone the nature of the beast of the playoffs that anything can happen. Throughout over 100 seasons of Stanley Cup playoffs we have seen talented #1 seeds go all the way and we’ve seen Cinderella #8 seeds and Wild Cards jump into the seat and take the Cup. Anything can happen. But one thing that will definitely not happen with this match up is a series sweep. With the talent and points listed above, there is a strong confirmation that this will not be a series sweep for either team. Even if you pit the veteran Marc-Andre Fluery to go up against the red-hot Ville Husso in net, no games will go directly to one team.

A good question is if the goal tending match up goes as follows will there be any shutouts? For certain there is a very good possibility of a shut out game, but expect plenty of offense from both rosters going into it.

No clear victor on either side, but the winner will most likely play Colorado.

Depending on who you ask, they will tell you who wins this round. Being the playoffs, anything can happen. The series could go either way as both the Blues and the Wild are very evenly matched teams in regards to offense and goal tending. One thing that is likely for certain that whomever wins this series will go on to play one of the hottest teams of the last 5 years, the Colorado Avalanche, who is desperately in search of a Cup since their last one in 1996. But then again, anything can happen. Nashville, Colorado’s opponent for round 1, could provide an interesting upset and shift the balance.