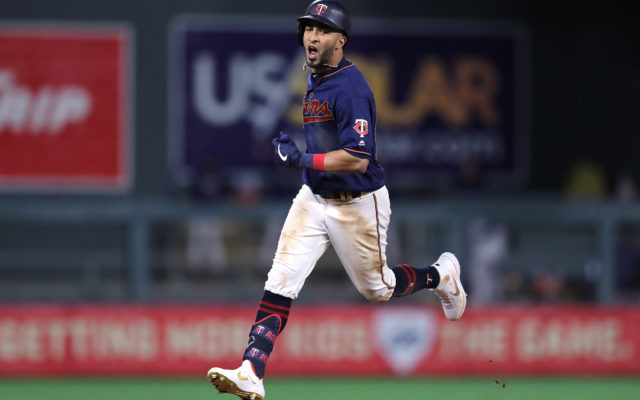 MINNEAPOLIS, MINNESOTA - OCTOBER 07: Eddie Rosario #20 of the Minnesota Twins celebrates after his solo home run against the New York Yankees in the in game three of the American League Division Series at Target Field on October 07, 2019 in Minneapolis, Minnesota. (Photo by Elsa/Getty Images)

The Minnesota Twins announced their 60 man roster on Monday ahead of starting the COVID-19 impacted 2020 season. There were familiar names on the roster like those of Jose Berrios, Jake Odorizzi, Max Kepler, Nelson Cruz and Jorge Polanco. New comers from trades and free agent signings also appeared for the first time on a Twins roster, like the names of Josh Donaldson and Homer Bailey. Fan favorites like Willians Astudillo and Eddie Rosario as expected are on the 60 man roster. Names of prospects we have been hearing of for quite some time were also on the roster, Royce Lewis, Alex Kirilloff, Trevor Larnach and Jhoan Duran. Players report for “spring” training July 1, and the league’s imposed 60-game season will start either July 23 or 24.