The Minnesota Vikings are bringing back defensive end Everson Griffen 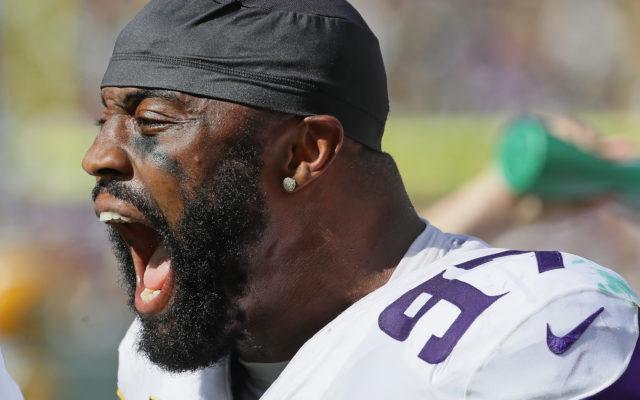 GREEN BAY, WI - SEPTEMBER 16: Everson Griffen #97 of the Minnesota Vikings fires up his teammates on the sidelines during a game against the Green Bay Packers at Lambeau Field on September 16, 2018 in Green Bay, Wisconsin. The Vikings and the Packers tied 29-29 after overtime. (Photo by Jonathan Daniel/Getty Images)

The Minnesota Vikings are bringing back defensive end Everson Griffen. The signing represents another attempt to revive the defense from a dismal 2020 season. The 33-year-old was at the team facility for a tryout last week. He is a four-time Pro Bowl pick with 80 1/2 sacks in 11 seasons in the NFL. Griffen played last year for Dallas and Detroit when salary cap constraints last spring for the Vikings prevented the two sides from agreeing on a new contract. Coach Mike Zimmer says Griffen will be a situational pass rusher and not a starter.